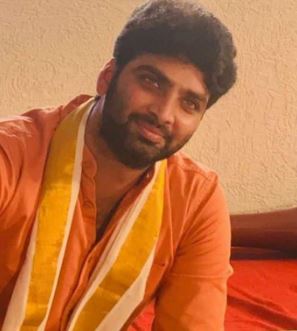 Bharat started his career in Television industry with a small role(Negative role) in Mogali Rekulu, telecasted in Gemini TV 2013. He got big opportunity as a lead Arjun Babu in the serial Sravana Sameeralu aired in Gemini TV in the banner of Srikanth Entertainments Pvt Ltd.