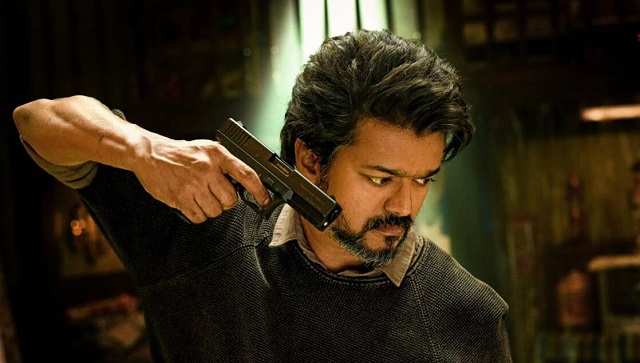 Beast is a Tamil action-drama movie revolving around an ex-RAW agent and his struggle against terrorists who have held hostages in a shopping mall. The movie is directed by Nelson Dilipkumar and produced by Kalanithi Maran. Thalapathy Vijay as Veera Raghavan, Pooja Hegde as Preethi are the lead roles of the movie. While Selvaraghavan, Shine Tom Chacko, Yogi Babu, and Redin Kingsley also star in the film. Anirudh Ravichander composed the music for the film. Watch the trailer of Beast

Thalapathy Vijay starrer Beast movie was released on April 13, 2022. The film will be released on OTT platforms four weeks after its first theatrical release. On May 13, 2022, it will be available on two streaming platforms: Sun NXT and Netflix. The movie is released in five languages: Tamil, Hindi, Kannada, Telugu and Malayalam.

According to the times of India, ” ‘Beast’ has reportedly gained Rs 27 crores nett, while the gross is said to be around Rs 40 crores. Also, ‘Beast’ has reportedly grossed Rs 1.96 crores in Chennai city to become the highest-grossing Tamil film post-pandemic and the actor’s second-highest overall on day 1 after the 2018 Diwali release ‘Sarkar'”.

The film begins with Veeraraghavan (Vijay), an R&AW officer, being assigned the task of arresting terrorist Umar Farooq. The government calls off the mission, but Veera continues to execute the plan against the orders. He successfully executes the mission, but sadly, he accidentally kills a civilian kid, which guilt trips Veera and drives him to leave RAW.

A few months after leaving RAW, Veera meets Preethi at a wedding and they fall in love. Preethi convinces him to join her company ‘Dominic & Soldiers,’ a failing security service.

When Veera along with Preethi and her boss visits the East Coast mall he finds himself in hostage situation. The Government, led by Althaf Hussain, an ex-associate of Veera, try to negotiate with the terrorists. The terrorists demand the release of  Umar Farooq whom Veera had captured. Althaf establishes a contact with Veera after releasing his trapped inside the mall too and convinces him to help them. Although Veera hesitant at first he decides to take down the terrorists.

The Home Minister is also linked with the terrorists, and he attempts to get them to fake an execution of his wife and daughter on live television, which leads to the government agreeing to release Farooq. However, Veera kidnaps the Home Minister’s wife and daughter and threatens to kill them if Farooq is released. The terrorist leader gives up but as soon as he realises Veera’s true identity,  he catches all of the aides. However, Veera manages to escape, defeats all of the terrorists, and ensures that the hostages escape safely. Farooq escapes from jail, but Veera arrests him again.

The film’s bleak humour has been criticised. Particularly when it attempted hard to be humorous, the outcome was rather the reverse. Vijay’s charm has been entertaining, and it is the sole string holding the film together. Except for that, the cinematography has been lauded.