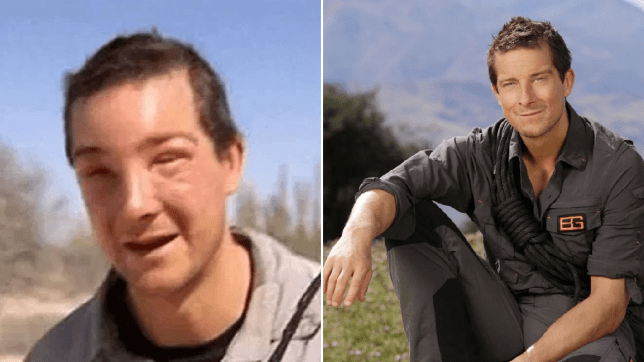 Bear Grylls went into anaphylactic shock from a bee sting aka insect sting allergy while filming “Treasure Island” and was saved by the doctors which consisted of brain surgeon Mano Shanmug-anathan. The surgeon was fortunately present at the island during this unfortunate incident and this what he had to say “I think that Bear is an impressive guy. He understands his tasks at hand and knows what he has to achieve. The irony of Bear the survivalist being stung, having the potential of an allergic reaction, and needing to be treated with an EpiPen, was a bizarre moment. That was crazy!”

The above photo shows allergic reaction to bee sting for Bear Grylls and it looks bad and creepy. He is now safe after the medic attention and continues to shoot for “Treasure Island” which can be seen next month.