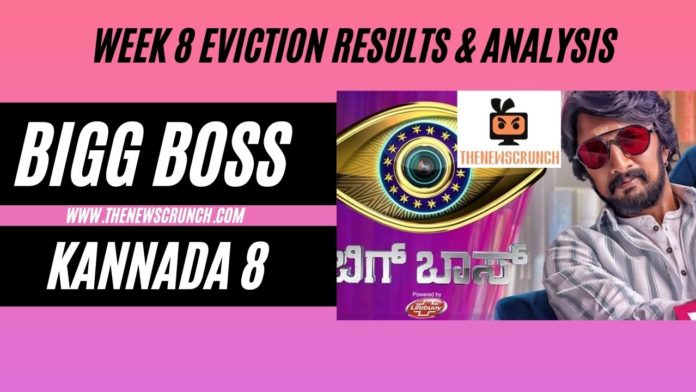 The eventful eighth week will feature eight contestants who will give their best performances this week to survive in the Bigg Boss house. Bigg Boss Kannada 8 is picking up steam as the wildcard entries are kindling the competitive spirits. Out of the six contestants, two of them are in the wrong books of the audience at the moment.

Divya Suresh continues to get nominated every week and her fans are doing the job for her. Prashanth looks dangerously close to eviction at the bottom of the voting results tally. However, Raghu and Prashanth will fight it out this week. Manju and Vaishnavi are rare entrants in the nominations list. Their safety is obvious. Hence, the fight for eviction is a major worry for two housemates.

Vote to save your favourite contestant
Created with Survey Maker
Loading...