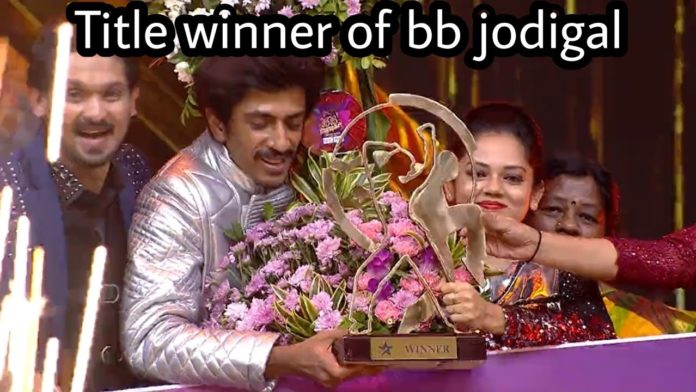 Vijay TV has been airing a show called BB Jodigal with some celebrities who have attended the Bigg Boss seasons 1,2,3 and 4.

Even some who did not know how to dance captivated the audience with their stunning dance performances. Even though there were controversies when the show started, Shivani Narayanan initially left pairing with Som Sekhar. Then there was a controversy created by Vanitha Vijayakumar when the judges commented on her performance. The show finally ended as a success.

Shariq and Anitha finally won the title of BB Jodigal, and they were presented with Rs. Three lakhs as prize money. Aajeedh and Gabriella won second place while Samyuktha and Ramesh won third place.