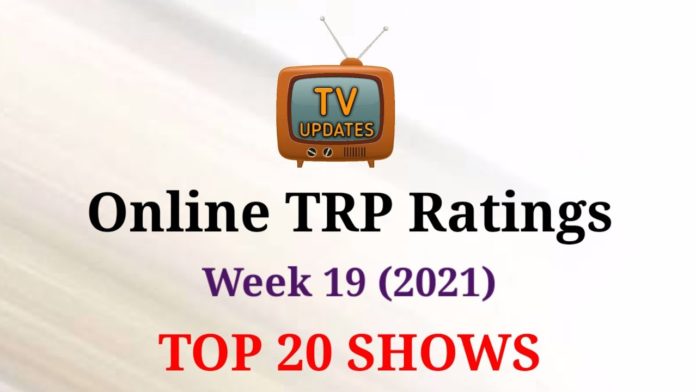 BARC India has released the TRP list of 19th week TV shows. Last week, Rupali Ganguly’s show Anupama has received a big setback. For a long time, keeping his place at No. 1, he has not got a place at No. 1 for the second week in a row. Reality shows have also managed to make their way into the top 5. At the same time, there have been many major changes in the TRP list of the TV serial, so let us tell you about these changes.

Anupama
Rupali Ganguly has made it to number 2 with a 3.2 rating due to the show’s ratings dropping one point. The long track of divorce in the show started to bore the audience because its TRP fell. Now, this week, Anupama and Vanraj have been divorced on the show. Now with the new track and twist, the show can reclaim its place at number 1.

Imlie
With a rating of 3.1, Imlie has made it to number three. Like last week, this week too, the show is sitting on number 3. However, its rating has increased by two points. Aditya has told Malini that he loves Imlie. After which Malini’s senses have flown, now in the show, he has gone to find Imlie where Satyakam has attacked him.

Taarak Mehta Ka Ooltah Chashmah
With a rating of 2.5, Tarak Mehta’s Ooltah Chashmah has once again suffered a setback in the TRP list. This show, which was at number 4 last week, has come to number 5 this week. The Corona epidemic is currently on track in the show. The upcoming tracks in the show will be seen in the coming week.