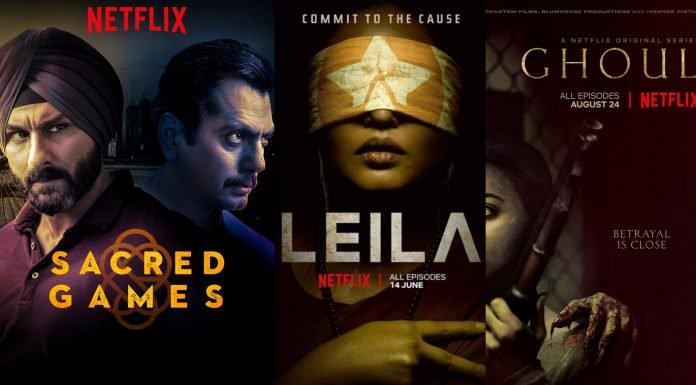 #BanNetflixInIndia is trending worldwide with around 30,000 Tweets, There has been a complain filed against Netflix in Mumbai for its anti-hindu content on their platform. The compliant states that series like Sacred Games, Laila, Ghoul and Hasan Minha(Comedian) are about anti Hindu sentiments. Hence they seek a ban of this platform in India. There are tweets which says some of their shows are purely against Hindus

.@NetflixIndia released a trailer of its show Leila which was set to premiere on the 14th of June. The show appears to depict a dystopian future where Hindu nationalists have managed to capture the machinery of the state.


A shivSena IT cell member recently filed a complaint against Netflix at Mumbai Police station for allegedly defaming Hindus and India. The complaint accuses @netflix of painting an “inaccurate picture of Hindus and India globally”. The compliant name is Ramesh Solanki. Thousands of retweets and comments pouring in for his support.