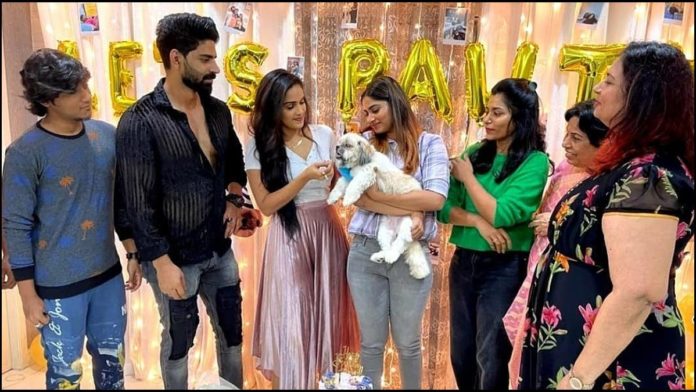 Netizens are condemning the photo of Balaji Murugadoss attending a birthday party at the house of Bigg Boss Shivani Narayanan, which is currently going viral on social media.

Shivani Narayanan was said to be in the grip of Balaji Murugadoss, who attended the Bigg Boss show. It is also learned that Shivani’s mother severely scolded Shivani when she went to Bigg Boss’s house during family week for being close to Balaji.


However, Shivani left the Big Boss show 90 days later as a ‘Singapen’ after winning the Ticket to Finale task. It is noteworthy that after that, she did not show much intimacy with Balaji.


The photo went viral on the one hand, and Netizens condemn it, asking if the dog needs a cake-cutting birthday party?