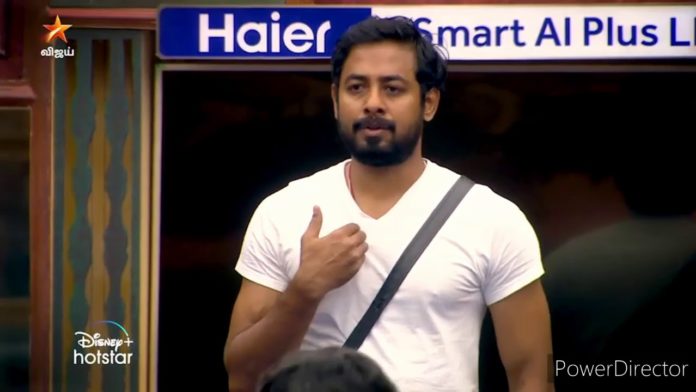 Bigg Boss Tamil yesterday’s episode ended with Balaji talking to Aajeedhh and Shivani about the title winner of this season as the task of visiting relatives at the Bigg Boss house ended.

When Balaji spoke to Aajeedh, he said, “If I only win the title, it will become the Big Boss show trend. He also says it will be on a different level.” Aajeedh also accepts this.

Similarly, when Balaji told Shivani about Aari playing, ‘Ari has good patience and understanding. That’s not to say he’s bad, but at the same time, he’s not good. I can not accept that he is good because he covers up the mistakes on his side. Aari hides his faults and points out others’ faults to get things done in his favor. His honesty has been beaten right there.

Also, Aari is playing a different level game. You all think Ramya is playing better. But that is not true. She’s the only one playing another level Bigg Boss game. It’s like congratulating someone, but he’s going to put a bit on that greeting as well. I could not accept him as good because I knew every part of his game. If Aari wins the title, I will definitely regret it. I will not hesitate to tell this to Kamal Sir’. Netizens are commenting that this shows Balaji’s fear over Aari’s support from the audience.