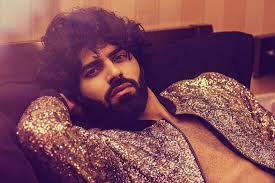 Before Bigg Boss Tamil Season 4, Balaji Murugadoss’s claim to fame was his Mr India Title. Many rumours were doing the rounds saying that he was dethroned from the title. However, the organisers of Rubaru Mr India, took to Instagram to clear the air. Vice President Pankaj Kharbanda, in an Instagram poster, revealed that Balaji completed his tenure with the company. He further added that Balaji is not associated with them anymore and hence they cannot take any responsibility of his comments against fashion shows.

Pankaj captioned the post, “Dear Family please do not believe what goes on social media people are using my pic in their fake profile an commenting wrong stuff .. We never spread news about dethrone of bala to any News channel or in person we always said he has been released from his duty an there is vast difference in both .. Balaji Murugadoss is not dethroned. He has already fulfilled all his responsibilities during his tenure with Rubaru Mr India Organization and completed his tenure successfully. A dethronement can only happen if the winner is still serving his tenure. Since Balaji Murugadoss has successfully completed his tenure with Rubaru Group, therefore there is no point or reason to have such an action implement as it is neither applicable nor justified. Balaji Murugadoss was a complete gentleman that’s why he won the title . An we have no rights to comment on any on his absence when he is not available to answer neither he is aware about what’s happening outside . please do not judge organisation on someone personal view an comment on other people. We as organisation is not liable for same . So to make it clear again only affiliation from rubaru group was release in 2019 may .his award tittle remain with him forever.
I am maker i will never destroy anyone life neither has personal grudges with anyone.. believer in karma let it play important role. So I really appreciate if u understand this my goodwish is lways with all my past an current winners.”