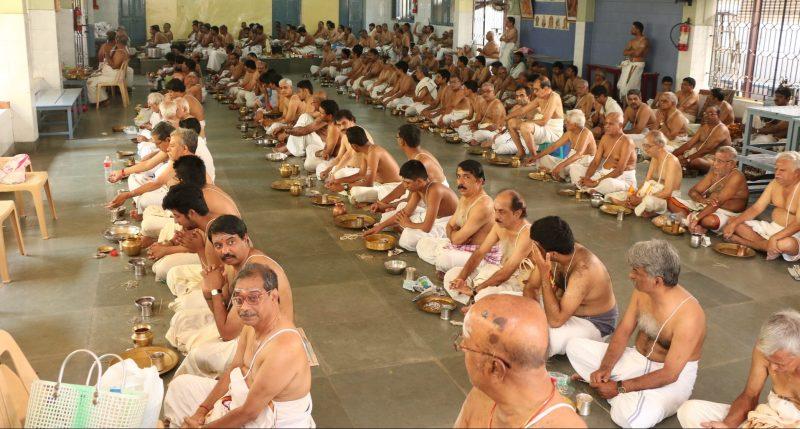 For Yajur Vedics, the rituals begin with a shower and getting dressed in a white dhoti (veshti) with stripes of white ash on their forehead ( if they are devotees of Lord Shiva). The rituals begin with ‘Mahasankalpam’ which is practically a call for compensation for the sins committed over the last year. It involves placing the right palm on the left palm which is placed on the right knee in seated position.