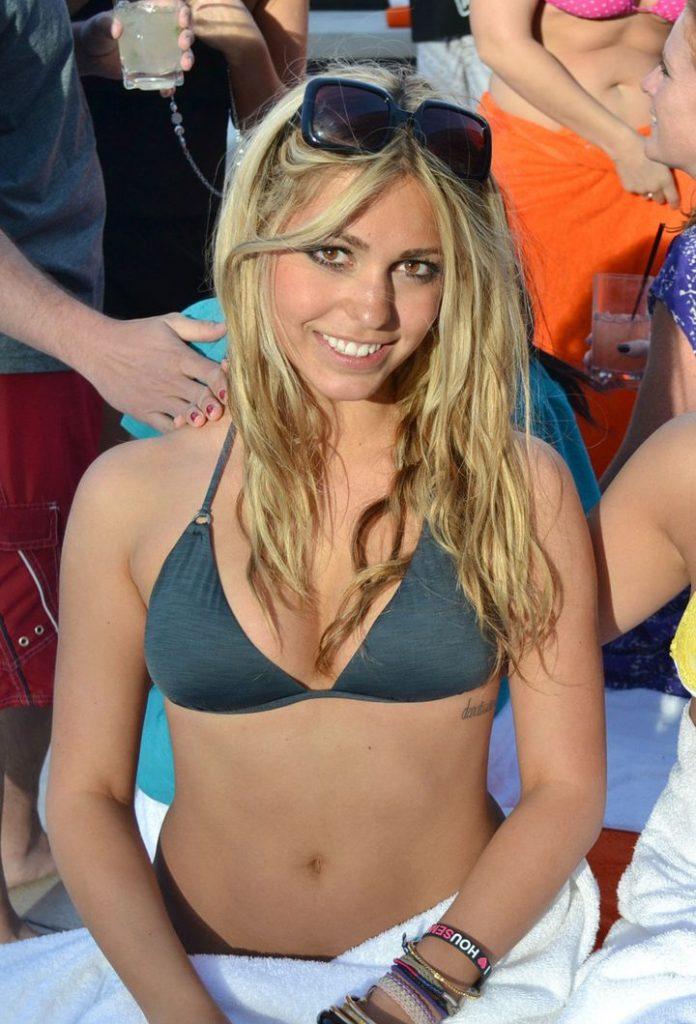 Sara Leal is Ashton Kutcher’s mistress in 2019 with whom he cheated when he was married to Demi Moore. Demi Moore talked about this in “Good Morning America” while promoting her autobiography “Inside Out”. Moore said that she found about Kutcher’s infidelity via a Google Alert. Moore and Kutcher married in 2005 before divorcing in 2013. Moore referred to the split as “devastating” during her interview with Diane Sawyer.

Where is Sara Leal in 2019?
Sara Leal is in San Diego in 2019 and she works as Pilates instructor. She is now in a long-term relationship with a person which is unknown to the public. Sara Leal is now a Certified Pilates Instructor, a Certified Yogi based out of San Diego, California. Her Instagram account is marked as private. Leal told US Weekly in a tell-all interview in October 2011 that she had an affair with Kutcher which included a threesome in a hot tub in Las Vegas. Leal told the magazine that Kutcher said that he was separated from Moore. Leal told US Weekly that she believed Kutcher when he said he had split from Moore. She said that the pair did not use protection. Leal said that she and Kutcher discussed possible 2012 Republican candidates and laughed a lot. Leal said that Kutcher told her, “I enjoy things like this because I’m an actor 90 percent of the time and it’s fake. It’s nice to have moments that are real.” When describing their more intimate moments, Leal said, “I didn’t think it was out of the ordinary. I wasn’t self-conscious about getting naked.”

Moore told Diane Sawyer that she called Kutcher immediately after reading the story and said that he admitted it right away. Moore said, “And I think my response was, ‘Are you f***ing kidding me?’ That was it. And I think I could barely take a breath.” Moore also discussed having a miscarriage at 42 while married to Kutcher as well as ill-fated in vitro fertilization efforts. That, coupled with Kutcher’s infidelity, saw Moore turn to alcohol and prescription painkillers after been sober for the previous 20 years. Moore’ mother, Virginia Guynes, battled alcoholism for most of her life.