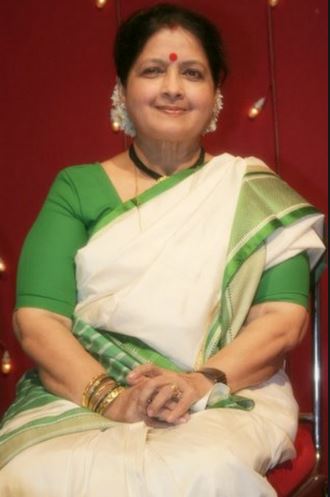 Ashalata Wabgaonkar is a veteran Actress, from Goa. She acted in over a hundred Hindi and Marathi movies. She died due to COVID-19 on 22 September 2020, in Satara, Maharashtra while shooting for a Marathi serial Aai Mazi kalubai.

She first started performing in Konkani and Marathi plays. Some of her Marathi plays are Guntata Hridhya He, Varyavarchi Varaat, Chinna (with Smita Patil and Sadashiv Amrapurkar) and Mahananda. Her Marathi stage career took off with the musical play Matsyagandha. She was introduced in Hindi films by Basu Chatterjee in Apne Paraye (along with Bharati Achrekar) for which she was nominated for Filmfare Award for Best Supporting Actress.