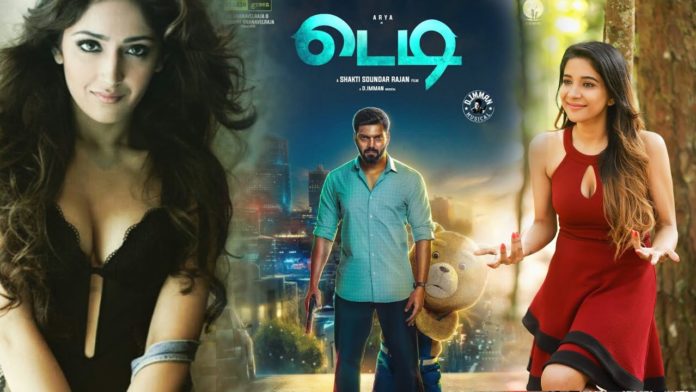 Theaters that had been closed for more than seven months due to the coronavirus lockdown were recently reopened. However, it is noteworthy that many shows were canceled due to the lack of audience in the theatres. It is also known that a few theaters have been closed again.

Producers’ council says that many producers consider it safe to release movies on OTT even after the theaters have opened. While Vijay Sethupathi’s ‘Ka Pae Ranasingam’ and Suriya’s ‘Soorarai Pottru’ have already been released on OTT, the announcement has been made Arya’s ‘Teddy’ will be releasing on the OTT platform soon.

It has been reported that the movie ‘Teddy’ will be released on Disney+ Hotstar, and the release date of the movie will be officially announced soon. The film is directed by Shakti Soundar Rajan and stars Arya, Sayyeshaa, Sakshi Agarwal, Satish, Karunakaran, and Magizh Thirumeni. Studiogreen produces the film with music by Imaan.

Arya’s Teddy is expected to premiere on Pongal 2021 in Disney+ Hotstar.