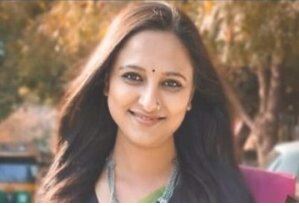 Arpana Agarwal is an Indian television actress. She loves to play negative shade role in television shows. Arpana Aggarwal is currently shooting for the TV serial Hamari Wali Good News, in which she is playing the character of Kusum.