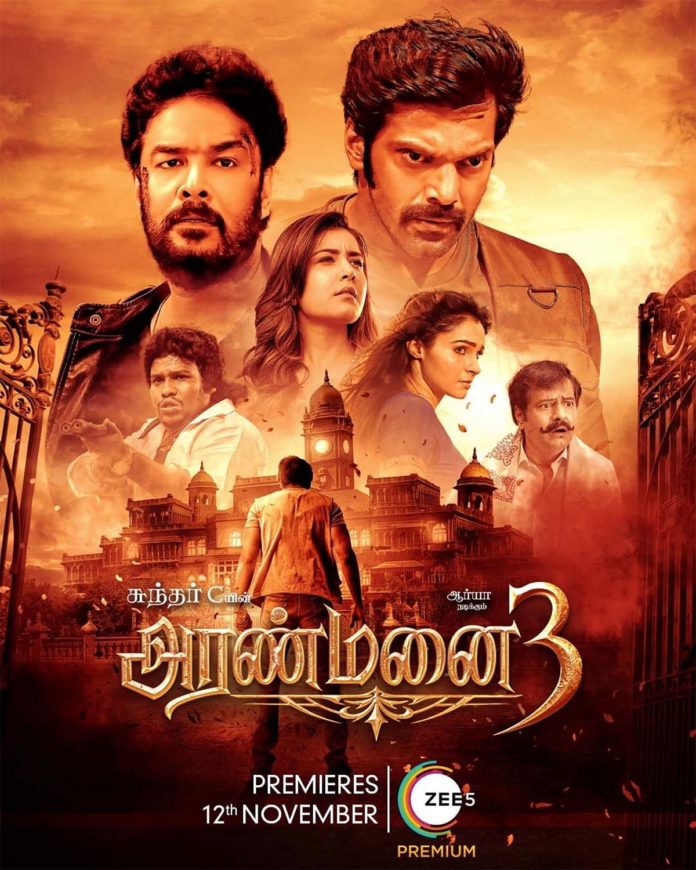 ‘Aranmanai 3’ is a film directed by Sundar C and starring Arya and many others. It is worth mentioning that the film was released in theatres worldwide on Ayudha Pooja day and received good reviews and collections after receiving positive reviews.

In this case, the official announcement of the OTT release of the movie ‘Aranmanai 3’ has just been released. The film ‘Aranmanai 3’ will be aired on Zee5 OTT on the 12th November 2021.

It has been announced that the Aranmanai 3 is currently being released on OTT for the convenience of fans who have failed to see it in theatres. The film is expected to get good support among family audiences on OTT as well as in theatres.

C Satya has composed the music for the film, which stars Sundar C, Rashikanna, Andrea, Sakshi Agarwal, Vivek, Yogi Babu, Kovai Sarala, Manobala, among others. Cinematography by Senthilkumar, the film is produced by Khushbu and Sundar C’s Avni Cinemax.