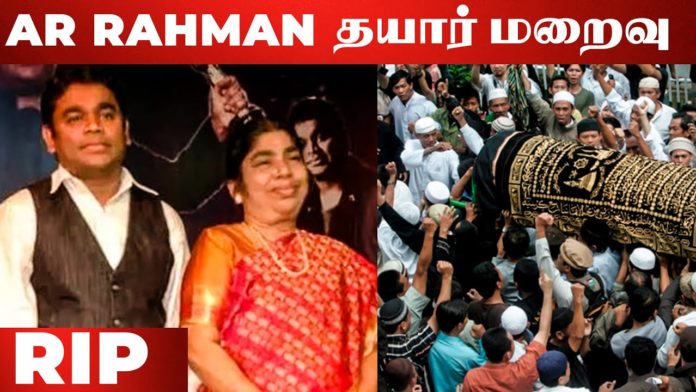 Film personalities and fans are mourning AR Rahman’s irreparable loss. Composer AR Rahman’s mother, Kareema Begum, has reportedly passed away due to ill health. She is also the grandmother of the famous composer and actor GV Prakash.

Kareema Begum passed away this morning in Chennai due to ill health. Following this, the film industry is offering condolences to AR Rahman and his family. It is noteworthy that the death of the mother was an irreparable loss to AR Rahman.

His mother raised Rahman (then Dileep), Kareema Begum (Kasthuri Sekhar) after his father’s music director RK Shekhar passed away when he was only nine years old.