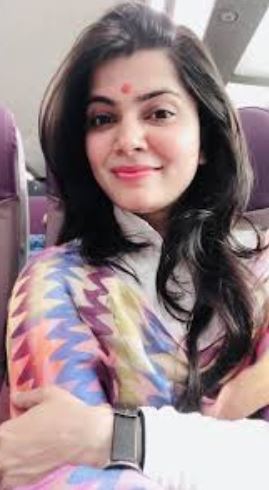 Apurva Singh is an Indian politician and social activist. She belongs to BJP. She is currently the co-convenor of BJP IT Cell of Delhi Unit. Apart from that, she is also working tirelessly for women’s empowerment and emancipation.

Apurva Singh was born and brought up in Varanasi. She basically belongs to Ghazipur of UP district and comes from a family of nationalist. Her grandfather was a well – known freedom fighter. After completing schooling from Varanasi, she went to Rajasthan for further education. She had developed interest in politics during her college days. Social media gave her a platform and over time she attracted the attention of national leader.

Apurva was recently subjected to the worst form of online harassment and character assassination. She has been abused by Congress, AAP and Samajwadi supporters. Her photos were morphed and presented in an obscene manner. Islamists fanned a rumor that a video of her is on the Internet. She has filed police complaint.