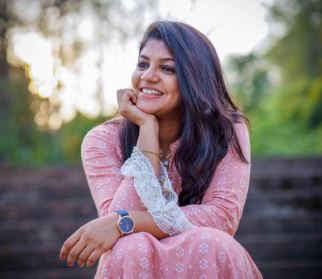 Aparna Balamurali is an Indian film actress and playback singer who works in Malayalam cinema and Tamil cinema. She is best known for her role as Jimsy in Maheshinte Prathikaaram (2016) and Anu in Sunday Holiday (2017).

Her passion for modelling and acting gave her entry into movies.