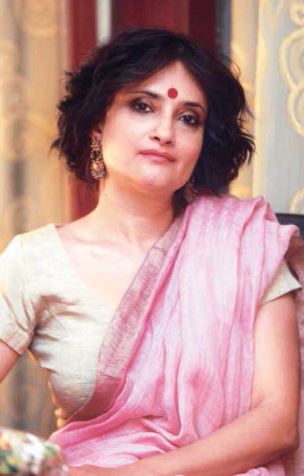 Anvita Dutt is an Indian dialogue writer, screenplay writer, story writer, lyricist and Director for Bollywood films. She has written and directed a film titled Bulbbul for Clean Slate Films. It is slated to stream on Netflix in June 24, 2020.

She worked in advertising for 14 years, before she was introduced to Aditya Chopra by [Rekha Nigam], who is dialogue writer of Parineeta and Laaga Chunari Mein Daag, thus starting her film career as a lyricist and screenwriter with Yash Raj Films.

She has contributed in movies such as Bachna Ae Haseeno (2008), Dostana (2008), Housefull (2010), Patiala House (2011), and Shaandaar (2015). Her 2017 release includes Alankrita Shrivastava`s drama Lipstick Under My Burkha, which features Konkona Sen Sharma, Ratna Pathak, Aahana Kumra and Plabita Borthakur in pivotal roles. Her 2019 release includes The Extraordinary Journey of the Fakir.