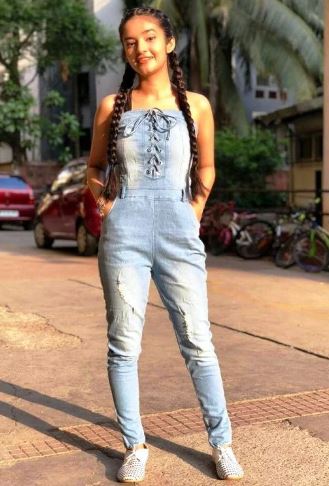 Anushka Sen is a famous Indian television actress and model. She is a famous TikToker and social media influencer. She has created sponsored videos for UrbanClap, KOOVS, and Myntra.

She started her career as a child actor in 2009 with Zee TV’s serial ‘Yahaan Main Ghar Ghar Kheli.’ She gained immense popularity with her character of Meher in the TV serial ‘Baal Veer’ (2012). In 2018, she acted in the TV serials like Internet Wala Love and Devon Ke Dev…Mahadev. In 2019, she played the lead character in the Colors TV’s serial ‘Jhansi Ki Rani’ along with Vikas Manaktala.