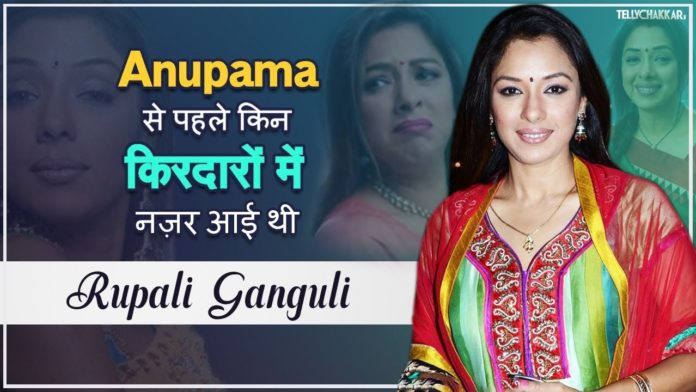 Rupali Ganguly has worked in many super hit shows like Sanjeevani, Parvarish, Sarabhai vs. Sarabhai in her acting career, but she disappeared from the small screen for some time. Actress Rupali Ganguly is seen in the serial Anupamaa these days. The show is being well-liked and has also taken many records.

For a long time, Anupama kept its place at number 1 on the TRP list. The story of a mother has won the hearts of the audience. Rupali is seen in the character of Anupama in this show. This show has given her a special identity. But do you know before doing this show, Rupali took a long break from work?

In one of her interviews, Rupali had told why she took a long break of 7 years before she acted again. She said, ‘I had decided to take such a long break from myself. It was not that I was not getting work, so I thought of sitting at home. She said, My dream was to marry and have a child. I had to face many difficulties while becoming a mother, but she did not expect anything else from life when she became a mother. Rupali further said- If he had not been offered an excellent show, then this 7-year break would be long.’

Due to the lockdown, shooting in Mumbai has been stopped. Due to which the shooting of serial Anupam is being done in Gujarat these days. All the actors on the set are missing their family away from the family. Rupali also recently became emotional on the set. While sharing her picture with the sunset, she wrote – Somewhere far away when the day falls .. the rays of the evening. Missed the house a lot. Rupali also posted a broken heart emoji with this caption.