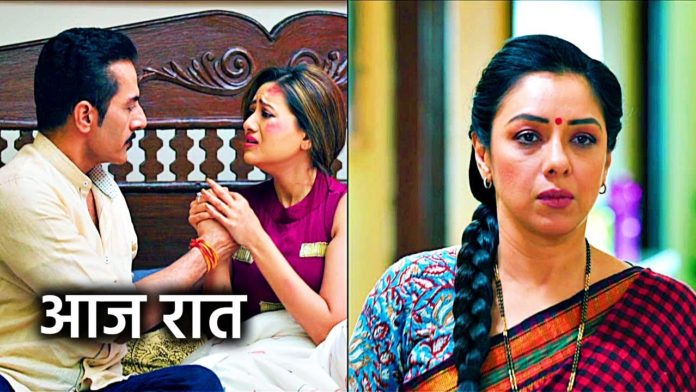 In Anupama, the audience is getting to see a lot of drama. After the accident with Kavya, Vanraj and Anupama have brought him to their home. Ba is very upset with the arrival of Kavya. They feel that this time Kavya is going to create a new uproar again. At the same time, Kavya asks to marry Vanraj.

In the coming episodes, it will be shown that Ba and Samar talk to Anupama with the arrival of Kavya. Anupama silences both of them by saying that she has helped her as a human being. Vanraj listens to them all. Vanraj says that Kavya does not have any house, and we do not have any place. When we get home, we will leave from here.

He says that something has happened to Kavya. On hearing this, Vanraj runs away and goes to Kavya’s house. Along with that, Anupama also goes. Ongoing home, both see that all the stuff is scattered, and Kavya is sitting on one side.

Anupama asks Kavya again and again, but she does not say anything. Here, Kinjal and Paritosh at home read Kavya’s messages on Vanraj’s phone. Kavya tells them that something terrible has happened to her. Anupama takes her to her family. Ba gets upset seeing her at home.