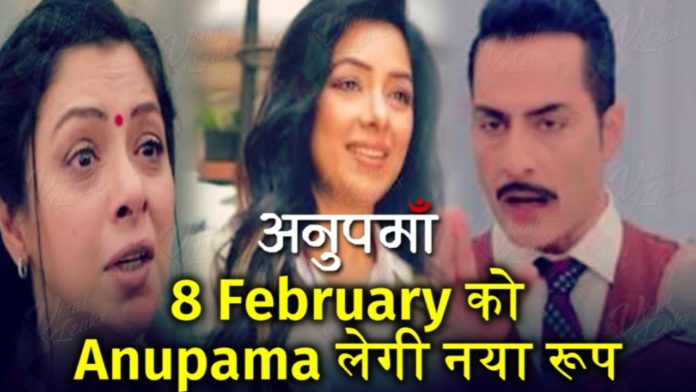 In Anupama, these days, the tremendous drama is getting the audience to see. Anupama Samar gets very angry when arrested. She goes to Kavya’s house and tells him a lot. Anupama says that now she will file a police complaint against both of them and send them to jail. Kavya gets very scared after hearing this.

In the upcoming episode, it will be shown that Anupama goes to the police and writes a complaint that my husband Vanraj Shah has an affair with another woman. His name is Kavya Gandhi, and I have all the proofs. Then Kavya comes there and withdraws his Complaint. Anupama is summoned to Summer by Kavya.

Here Anupama comes home with Samar, and everyone is pleased to see her at home. Samar tries to convince Anupama, but Anupama does not listen to her, and she is angry. Here Vanraj tells Kavya that if you disturbed my children, you would see one father’s anger. Always remember this thing.
Kundali Bhagya Upcoming Episode: Kareena kicks Preeta out of her house before Kritika’s wedding! Karan said this in front of everyone.

In the last episode, you saw that Anupama waits for Samar when Samar comes from Kavya’s house. Simultaneously, the police also come to Anupama’s house and tell that a complaint has been registered against Samar. Everyone is shocked to hear this and starts asking Samar what he has done. Samar says that he only went to Kavya’s house to talk to Mr. Shah, and he did nothing wrong with Kavya.

Police say that Kavya has complained that Samar has ransacked her house and tried to raise her hand. After which the police catch him and take him along. Here, the police call Kavya and tell him that he has arrested Samar and is currently in jail.