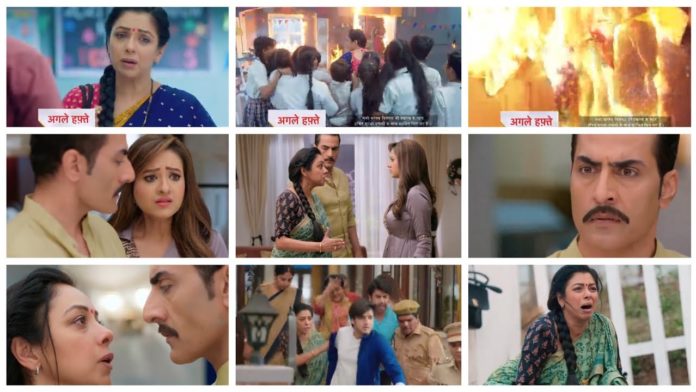 In Anupama, the audience is getting to see the full-on drama. Vanraj speaks a lot to Anupama. This makes the whole family shocked. Anupama breaks down completely. Ba accuses him of breaking the house. Here Samar goes to Kavya’s house and tells Vanraj very well. After which, Kavya exhorts him to kill himself.

In Anupama today’s episode aired on 6th February 2021, it will be shown that Anupama waits for Samar when Samar comes from Kavya’s house. Simultaneously, the police also come to Anupama’s house and tell that a complaint has been registered against Samar. Everyone is shocked to hear this and starts asking Samar what he has done. Samar says that he only went to Kavya’s house to talk to Mr. Shah, and he did nothing wrong with Kavya.

Police say that Kavya has complained that Samar has ransacked her house and tried to raise her hand. After which the police catch him and take him along. Here, the police call Kavya and tell him that he has arrested Samar and is currently in jail.

Anupama is very angry and goes to Kavya’s house. Going there, she narrates Kavya a lot and is very angry at him. Anupama warns her that I will send both of you to jail in false accusations. In the last episode, you saw that Ba accuses Anupama and says that everything is happening because of you. Ba tells him that I thought Kavya broke this house, but you have broken this house.

Here Vanraj goes to Kavya’s house and tells him everything. Kavya and Vanraj keep talking, then Samar comes there. Kavya says that you will raise your hands on me. Kavya speaks a lot of bad things to Samar about Anupama. Kavya provokes Samar to raise his hands on her, but he turns the table in front. After Samar leaves, Kavya asks Vanraj to take any action against Samar.