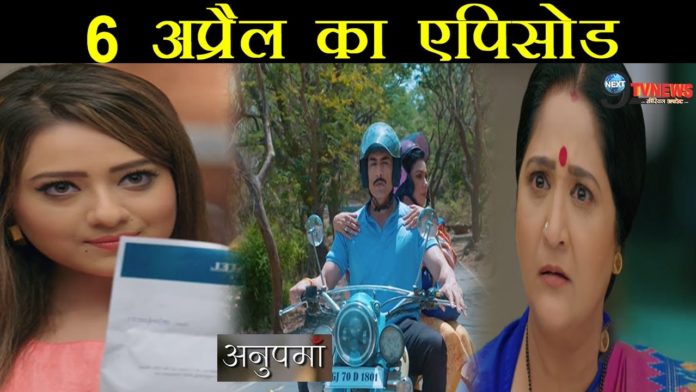 The track of the show Anupama is very much liked by the audience these days. The only motive for sending Anupama and Vanraj on a picnic was that both get closer, and divorce should not happen. Babuji gets to know about this plan of Baa and Pakhi. Here Kavya gets very upset thinking both of them together and waits for them to return.

In the Anupama episode aired on 6th April 2021, it will be shown that Ba and Pakhi are coming back from the temple; only then some of the localities of the locality start speaking upside down about Anupama. Hearing this, Ba’s mercury rises, and she flares upon him. She says that there is something wrong with your daughter-in-law. Hearing this, she becomes enraged. After which, Babuji manages him in some way.

Baa angrily slaps the vehicle, after which they call the police. The police come and start taking Baa; only then Rakhi Dave comes and fixes everything. Baa thanks Rakhi for helping her. Rakhi tells them that you guys are my family, and they can only do so much.

In the last episode, you saw that Kavya gets upset due to Vanraj and Anupama not coming home even after a long time. Nandini taunts her, saying that you don’t have to worry because she is with her wife. Here Kinjal tells Ba that he tells them that those people could not come by calling in the resort.

Till now, you have seen that here Babuji comes to know that Leela is pretending to have pain in her legs, and she tells this thing to Mamaji. In the last episode, you saw that Anupama and Vanraj arrive at the picnic spot. Vanraj tells him to stop there and go to park the bike. He does not see Anupama when he comes back, due to which he gets distraught.