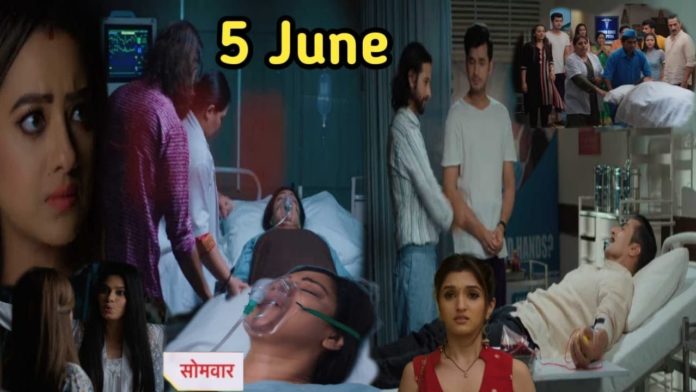 After marrying Vanraj, Kavya makes complete preparations for the honeymoon. Meanwhile, something goes like that Vanraj has left Kavya and gone to Anupama. Know what will happen in Anupama’s episode aired on 5th June 2021.

These days a tremendous track is going on in the show ‘Anupama.’ Kavya’s dream of marrying Vanraj has finally come true. Kavya is very excited about her honeymoon. In such a situation, on the first night of marriage, Vanraj leaves Kavya alone and goes to Anupama. Know what will happen today in the latest episode of Anupama.

Kavya gets Vanraj’s warning
Vanraj becomes very sad due to the loss of family members. He tells Kavya that he is responsible for all this. Vanraj clearly tells Kavya that if she does anything with her family, it will have a clear effect on this relationship. Hearing this, Kavya gets upset and tells Vanraj that she will fix everything. Kavya hugs Vanraj and requests him to end his anger.

Kavya’s honeymoon got spoiled
Vanraj’s entire family goes to live with Anupama. In such a situation, everyone plans to play the game till late at night. On the other hand, Kavya makes complete preparations for the honeymoon. While playing the game, suddenly, Anupama’s health deteriorates, and she faints and falls to the ground. Seeing which everyone shouts and hearing this voice, Vanraj leaves Kavya and goes to Anupama. Vanraj gets nervous seeing Anupama unconscious.

Anupama will have surgery
Vanraj immediately takes Anupama to the hospital, and the doctor calls for Advaita. Anupama is admitted to the ICU, and seeing her condition, the doctor tells the Advaita family that her condition is terrible. He will have to undergo surgery now. Hearing this, the whole family gets upset. At the same time, Kavya’s eyes are waiting for Vanraj to return. At the same time, Vanraj decides that he will stop at the hospital along with Anumpa. Hearing this, Kavya gets furious. At the same time, Rakhi Dave gets involved in provoking Kavya.

Vanraj gave blood to Anupama
Doctor Advaita says that Anupama has lost a lot of blood. Because of which they have lost blood. In such a situation, they will have to find their blood group. After a while, the nurse tells that the blood group of O positive is not being found anywhere. After which, Vanraj gives his blood to Anupama.