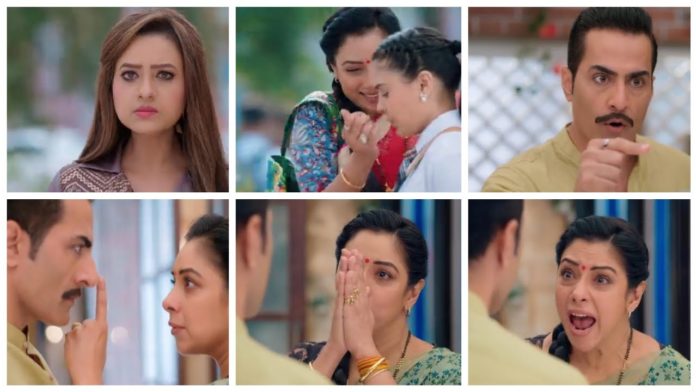 Anupama serial has come to an exciting turn. Vanaraja’s mercury rises by seeing Anupama in his office. Kavya provokes him that he has lost his job because of that. Vanraj calls him very good. Here, Kinjal tells Kavya to keep working with her business. Kavya is shocked to hear him.

In the upcoming episode, it will be shown that Vanraj reaches Anupama’s house to answer the Divorce paper. Vanraj accuses her that she is mentally ill. Hearing this, Anupama is shocked. Anupama says that if you want to go to court, then you can go. I will answer all your questions by coming there.

Summer is very angry with all these things and reaches Kavya’s house. Summer goes to Kavya and tells her that you first broke my mother’s house. Now you are hurting them again and again, and it is not right. Vanraj, hearing all this, asks him to leave from there. Kavya provokes him and tells Samar whether he will kill her.

Summer becomes very angry and raises her hand but does not kill her. Vanraj says that I wouldn’t say I like your action. In the last episode, you saw that Kinjal and Paritosh return to the office. Paritosh says that he will have to go to Mumbai for work, and all are surprised to hear this. Ba says, how can you leave this house.

You saw that Anupama talks to her in the cabin of Vanraj from Kinjal. Kinjal sits Anupama on her cabin chair, and this makes Anupama very happy. Anupama agrees to sit in a chair. Then Vanraj comes in front and flares up on Anupama. Vanraj tells her a lot in anger. Vanraj tells Anupama that my name is written outside this cabin. Here Kavya also comes there and provokes Vanraj.