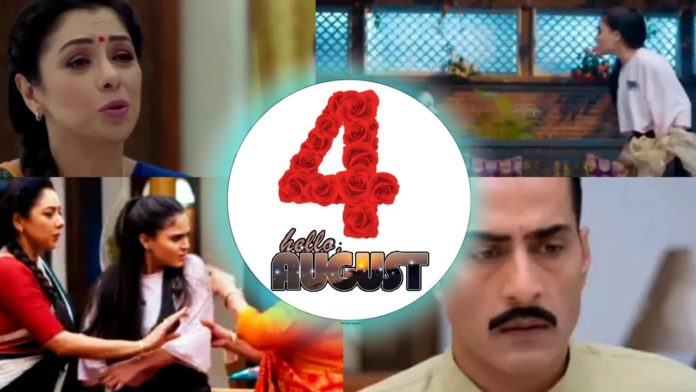 The story of Rupali Ganguly’s superhit serial Anupamaa has taken a new turn this week. Kavya is completely successful in creating bitterness between Pakhi and Anupama. In the last episode of Anupama, Pakhi had lifted the entire house on her head. Pakhi will soon take part in a dance competition, and Anupama was stitching Pakhi on Pakhi’s dress. Pakhi gets annoyed with this, and she narrates it a lot to Anupama. During this, Kavya works to add ghee to the fire. Tonight there is going to be even more spectacle in Anupama. In Anupama’s upcoming episode, Pakhi will request Anupama not to come to her dance competition with folded hands in front of everyone.

Pakhi will tell Anupama that she will get off the stage if she comes there even by mistake. Anupama will be completely broken, but she will take care of herself and pray for Pakhi. Next morning there will be a discussion in the house about who will go to the dance competition of Pakhi? Paritosh will taunt people as usual and will say that people only fight in this house.

Bapuji will punish
Seeing Pakhi’s growing misbehavior, Bapuji will not stay with him, and he will give severe punishment to Pakhi. Bapuji will decide that only Anupama will go along with Kavya and Pakhi in the dance competition. At the same time, Bapuji will also say that if no one listens to him, his relationship will end.

Anupama will save shame
In the coming days, you will see in Anupamaa Upcoming Twist that Pakhi will get stuck before her dance performance. During this, Anupama will find a solution to his troubles. Pakhi will win the dance competition, and the entire credit for her victory will go to Anupama. Pakhi will realize her mistake and immediately apologize to her mother. Now it has to be seen what tricks Kavya will try to separate Pakhi and Anupama?

Anupama 31st July 2021 Written Update: Anupama will be forced to mortgage her jewellery