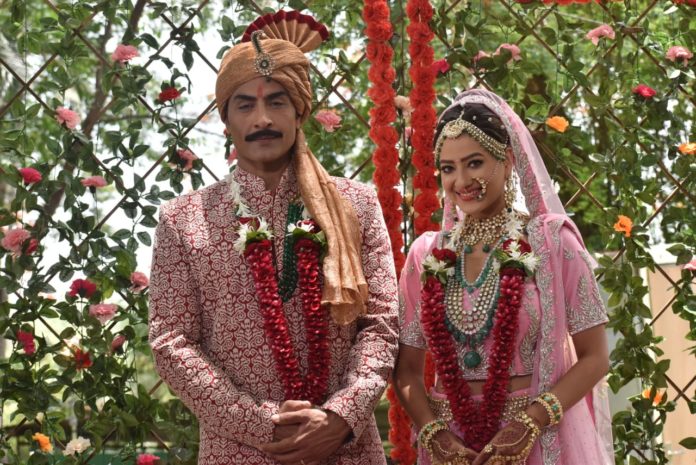 The marriage of Kavya and Vanraj saddens the whole family. Baa and Babuji decide that they will no longer be with Kavya and Vanraj. Saying this, he goes to Anupama. Seeing this, Vanraj is very sad. Know what will happen in Anupama’s episode aired on Friday 4th June 2021.

The track of Kavya and Vanraj’s wedding was shown in the show ‘Anupama’ for a long time. Eventually, Vanraj gets married to Kavya after taking seven rounds. After marriage, Bo refuses to enter Kavya’s house and accept her as a daughter-in-law. At the same time, his family moves to Anupama. Know what will happen today in the latest episode of Anupama.

Kavya sees that Baa is very angry with her. Even she refuses to enter his house. Seeing this, Kavya starts crying and apologizing to him. Seeing whom Bo tells that she should not cry crocodile tears in front of her. Bo says that her daughter-in-law was Anupama for her. Now she will not be able to accept anyone else as her daughter-in-law. After which, Babu Ji and Bo decide that they will no longer be with Vanraj and Kavya and stay with Anupama. Hearing this, Vanraj gets very sad and tries to stop them, but Bao and Babu Ji do not stop. Along with this, the whole family goes to Anupama with them.

Family reached Anupama’s house
The whole family goes to Anupama, leaving Kavya and Vanraj together. Anupama gets shocked seeing this. On the other hand, Kavya promises Vanraj that she will bring back his family. Hearing this, Vanraj angrily tells them that yes, you are the only one, and they leave. After which, Rakhi Dave comes and talks to Kavya and asks her plan. Kavya says that she knows when and what she has to do. She knows very well.

Vanraj’s anger on Kavya broke out
After marriage, Kavya tries hard to convince Vanraj, but Vanraj angrily tells Kavya many lies. Kavya tells Vanraj that everyone saw his anger. But no one has seen their troubles. After which, Vanraj says that because of him, his entire family got away from him. He tells Kavya that his family never wants to go away from him, but they go to Anu’s house because of them.

On hearing Anupama’s name, Kavya gets furious and tells Vanraj that now he should know how to talk about Anupama. At the same time, Vanraj also threatens Kavya and says that she should also understand how she has to talk to her family.