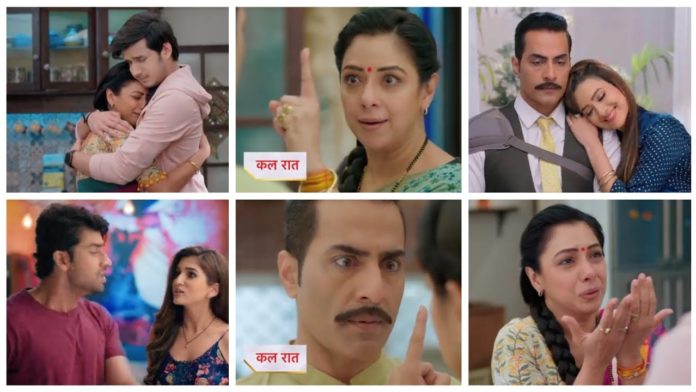 In the serial Anupama, a tremendous drama is being seen these days. Kinjal has got a job in his own office on Vanraj’s post. Vanraj is angry with both Anupama and Kinjal for losing their jobs. Vanraj now thinks of something big to hurt Anupama. He looks at the divorce papers and tells Kavya that he is now doing something that Anupama would never have thought of.

In today’s episode aired on Wednesday 3rd February 2021, you will see that Vanraj accuses Anupama that she is mentally ill. Hearing this, Anupama feels deeply shocked. He says bitter things. Vanraj not only hurts Anupama’s feelings, but he also tries to make Anupama lose her confidence. Anupama never thought that something like this would happen in her life.

Kinjal and the family are shocked because Vanraj explains Anupama’s mental illness as the reason for the divorce. Targeting Vanraj Anupama, she said that now she can not claim that she is not crazy. Ba, Bapu, and the rest of the family are proof of this fact. Ba and Bapu feel disgusted with this poor move of Vanraj. This time Ba takes a stand for Anupama and questions Vanraj. Will Anupama break? Will Vanraj be able to prove this?

You saw that Anupama talks to him in the cabin of Vanraj from Kinjal. Kinjal sits Anupama on her cabin chair, and this makes Anupama very happy. Anupama agrees to sit in a chair. Then Vanraj comes in front and flares up on Anupama. Vanraj tells her a lot in anger. Vanraj tells Anupama that my name is written outside this cabin. Here Kavya also comes there and provokes Vanraj.

Vanraj says that today I saw this form for the first time in 25 years. Vanraj says that you have taken possession of my house, and now I have taken possession of my office as well. Anupama gives a befitting reply to Vanraj. Here, Kinjal becomes Kavya’s boss in the office, and Kavya does not like this thing at all. Ba also recites Anupama when she comes home, but she does not say a word.