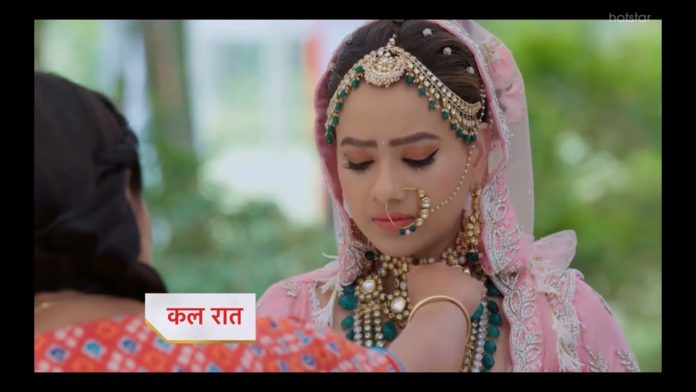 After a lot of uproar in the show ‘Anupama,’ Kavya and Vanraj will get married. Due to this, the whole family gets sad. Along with this, a special person has also been entered into the show. Know what will happen in today’s episode. Vanraj, who is refusing to get married, finally marries Kavya. The whole family is saddened to see it. Babu Ji has been entered in the show. Who appears annoyed with Vanraj.

New Delhi. The wedding track of Vanraj and Kavya has been going on for a long time in the show Anupama. There is a lot of drama going on in the show. The audience is also having a lot of fun watching it. Vanraj, who has run away from marriage, comes back and explains the reason for his escape. He scolds Kavya a lot and then warns her not to behave like this. Know what will happen in today’s latest episode.

Vanraj refused to marry
Vanraj disappears on the wedding day. Even after searching a lot, Vanraj does not reach the wedding pavilion. After some time, Vanraj comes and tells Kavya that he does not want to marry her. Hearing this, Kavya gets terrified. Kavya threatens Vanraj that if he will not marry him. Then she will destroy them. After which, Anupama explains to Kavya and Vanraj. Anupama makes both of them realize that even after making love if both are not happy today. So what was the use of spoiling so many relationships?

Vanraj broke the silence
Vanraj breaks his silence and says that he did not run away from the wedding, but he was suffocating, so he went out for some time. Vanraj scolds Kavya and tells her that he will not tolerate if she ever does this to her family again. Kavya gets scared hearing Vanraj’s words. Vanraj tells Kavya that she cannot be able to threaten him.

Vanraj took seven rounds with Kavya
After so much spectacle, Vanraj holds Kavya’s hand and reaches the pavilion to take seven rounds. Vanraj and Kavya get married, and now both are locked in a husband-wife relationship. Kavya gets very happy seeing this.

Babuji’s entry in the show
Closest to Anupama’s heart is her father-in-law. In such a situation, Babu Ji has now entered the show. Anupama and Vanraj get very happy seeing Bapu. Vanraj leaves Kavya and reaches Babuji, where Babu Ji showers a lot of love on Anupama. Seeing this, Rakhi Dave taunts and asks whether he will loot all the blessings to her old daughter-in-law.