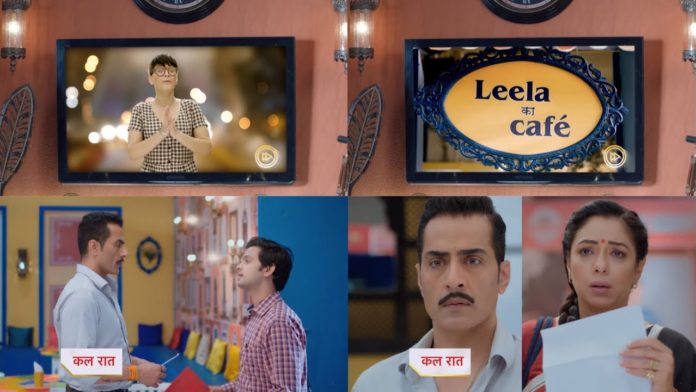 The new twists of the TV serial Anupama are not letting the audience’s desperation down. In the last episode, you must have seen that Anupama agrees to help her ex-husband Vanraj Shah at the behest of her son Samar. Anupama charges Rs 500 per hour for doing the work. On the one hand, while Anupama works in the cafe’s kitchen, the distance and Kavya unnecessarily indulges in praising herself in front of the food critics.

Vanraj Shah stands away and gets furious after hearing Kavya’s nonsense. In today’s episode, it will be shown that after working so hard, the food critic will give only 2 stars to Vanraj Shah’s cafe. On getting 2 stars, Kavya tells Anupama the truth. Then Vanraj silences Kavya in the middle and says that the 2-star rating is not because of Anupama but because of Kavya.

In the upcoming episode of Anupama, Vanraj Shah will lash out at his wife, Kavya. Vanraj will hold Kavya responsible for the 2-star rating. When Vanraj and Kavya are arguing, a message comes on Samar’s phone. Samar gives good news to everyone and plays the video on TV. After watching the video, Anupama says that this is the same girl who came to the cafe yesterday. That girl is none other than a video blogger.

The girl praises ‘Leela Ka Cafe’ fiercely in her blog, and the good thing about this cafe is that it has a homey feel. The video blogger praises Anupama fiercely. Kavya gets burnt after hearing Anupama’s praise. Video blogger gives 5 stars to ‘Leela’s Cafe.’ After this, Vanraj says thank you to Anupama in front of the whole family.

After hearing Anupama’s praise from the video blogger, Kavya goes to her room and fills Vanraj Shah’s ear. In such a situation, when Vanraj reaches the cafe, he tells his chef that we cannot take Anupama’s help again and again. After this, Anupama comes to the cafe and talks to Vanraj.

Vanraj changes his attitude once in front of Anupama. Then Anupama taunts Vanraj and says that neither relationship nor friendship was maintained with you. Vanraj says I don’t want anyone’s favor. After completion of one month, I will give rent of this cafe.