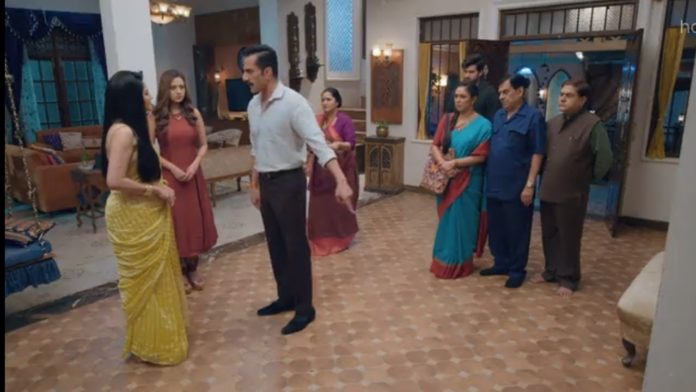 Rakhi Dave will create a lot of ruckus in the upcoming episode of the Star Plus serial Anupamaa. Rakhi Dave wants Vanraj’s cafe to be closed so that there is tension in the Shah family. Rakhi Dave has only one motive that she has to shift her daughter Kinjal to the penthouse. Kinjal wanted to be with her family, and Rakhi does not want to sit hand in hand. In the last episode of Anupamaa, Rakhi insulted Vanraj a lot by coming to his cafe. Now, something is going to happen in Anupama that Vanraj’s cafe will be closed.

Kavya will seek help from Anupama
The food critic will come to Vanraj’s cafe and order thepla and dhokla. Anupama has mastered making these things. In such a situation, Kavya will talk to Anupama crookedly and ask for help. Anupama flatly refuses to help, but she will definitely save the shame of Vanraj’s cafe.