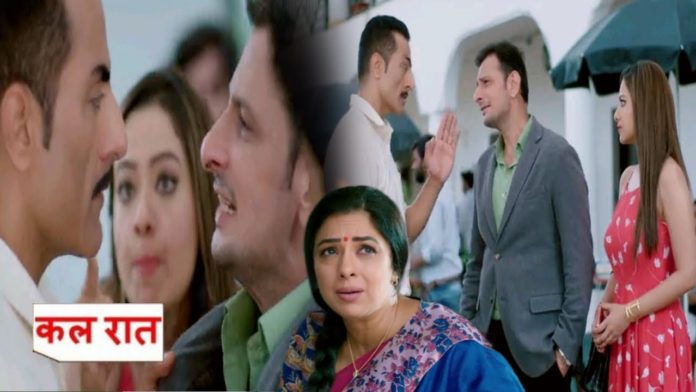 Kavya and Anirudh are divorced in the TV show Anupama. Since then, Kavya has started preparing for marriage with Vanraj. Seeing which the whole family is furious. At the same time, Vanraj also seems very upset with this marriage. Vanraj is very upset to see the wedding preparations and seems to be in a mood not to marry.

The track of Vanraj and Kavya’s wedding has now started in the show Anupama, which is very much liked by the audience. In tonight’s episode, it will be shown that Kavya divorces her husband Anirudh and goes to the resort, and then prepares for marriage. Seeing to whom the whole family is upset, Vanraj will also appear immersed in anxiety. Know what will happen in today’s latest episode.

Kavya-Anirudh’s divorce
After Vanraj-Anupama’s divorce, Kavya tries her best to get her divorce from Anirudh as soon as possible. At the same time, Vanraj hopes that Anirudh does not divorce Kavya. There is a fight between Vanraj and Anirudh in court. Kavya goes to Anirudh Court, and the two get divorced. As soon as Kavya comes out of the court, Kavya is happy and tells Vanraj that she has got divorced and now tomorrow she is going to marry him. After which, Vanraj gets very upset.

Anupama worried about Vanraj
While Kavya seems quite happy about the wedding, on the other hand, Vanraj is very upset, which Anupama sees. There is talk between Bow and Anupama grinding mehndi. Then Anupama tells him that he should talk to Vanraj once. After which, Bob talks to Vanraj. The boy explains to Vanraj that if there is still any doubt in his mind, he should stop getting married.

Anupama explained to the children
His three children are very angry with father Vanraj for marrying Kavya. He decides that he will not go to Kavya and his father’s wedding. At the same time, when her children say this to Anupama, she explains to them that their father was not a good husband, of course, but that father was perfect. Therefore they should also join their happiness after hearing that Pakhi, Samar, and Tosho feel ashamed and consider to know in marriage.