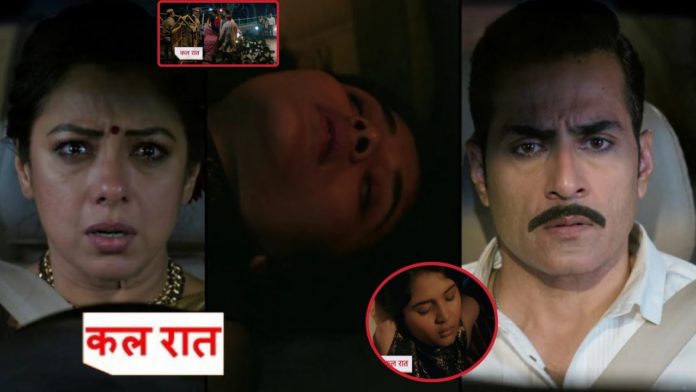 Anupama has become very interesting these days. According to the track released, Kavya and Pakhi’s fight takes place at Vanraj’s birthday party. Pakhi leaves home in anger. Anupama and Vanraj go out to find her, but she is not found.

In the upcoming episodes aired on 27th February 2021, it will be shown that Vanraj and Anupama are searching everywhere. They find some people who talk to the police; they say that boys are roaming on the street and minor girls are disappearing. Why are both of you not doing your work well, and both of them get very nervous after hearing this?

Here Pakhi goes to see some boys and starts going towards the forest. Pakhi says to herself, please mummy papa, come and save me; I have made a big mistake by leaving home. That is when two people hold Pakhi and sit in their car. Pakhi has no senses; only then Anupama feels that Pakhi is in that car.

Those people note down the number of the car. Those people bring the police and leave Pakhi from their clutches. In the last episode, you saw that Anupama goes to her room with food for Pakhi, but she does not find it in the room. There is only one letter in which it is written that she is leaving the house and both her parents are not in love.

Anupama and Vanraj go out to find Pakhi, but Pakhi does not know anything. Anupama explains Pakhi, but she is outraged and goes away. Anupama tells Vanraj that she has been staying with you for so many days, but you did not understand even a little. Her age is like this, and she is still confused about relationships. That’s when Kavya says something, and Anupama silences her.