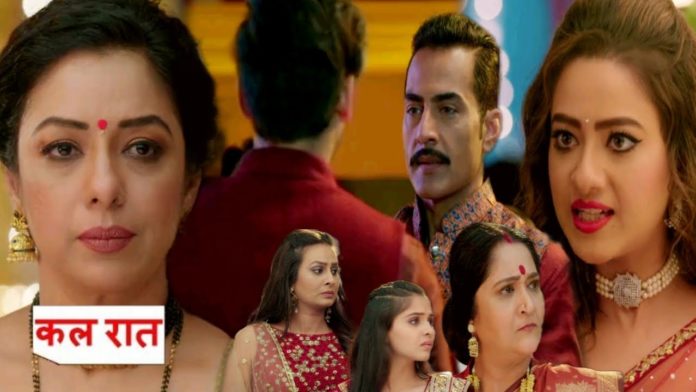 The released track of the serial Anupama has become quite interesting. Kavya had to go to Nandini’s house because of Pakhi, and she is very angry with this. Holika Dahan celebrates the entire Shah family with great pomp, but Vanraj’s hand burns during this time.

In today’s Anupama episode aired on 26th March 2021, it will be shown that Ba tells Anupama, this time you will play pakka holi and apply color to Vanraj first. Hearing this, Kavya says that she will apply color first. Vanraj says that he does not like the color, and he is not going to come out of his room. But Kavya thinks in her mind that she will do anything and keep applying to Vanraj.

The next day Vanraj takes all the food items in the morning and goes to his room and says to Anupama that you play Holi, but don’t let anyone come in. At the same time, everyone wishes each other Holi at home. Here Anupama calls Rakhi Dave to her house on Holi. Now it will be interesting to see what new plan Kavya makes to apply color to Vanraj.

In the last episode, you saw that Holika prepares everyone for combustion. Ba asks Anupama to narrate the story of Holika Dahan. Anupama tells the story to everyone and says that everyone should burn their anger in this fire this time. After the story, Anupama completes all the rituals.

All the house people do a lot of celebration, only then, at the behest of Ba, Vanraj extracts the coconut from the fire. But seeing that her hand burns, Anupama puts ice on her hand. After which everyone dances. Meanwhile, Kavya tells Anupama that as the day of divorce is getting closer, you start beating hands and feet. Upon hearing this, Anupama gets very angry at him.