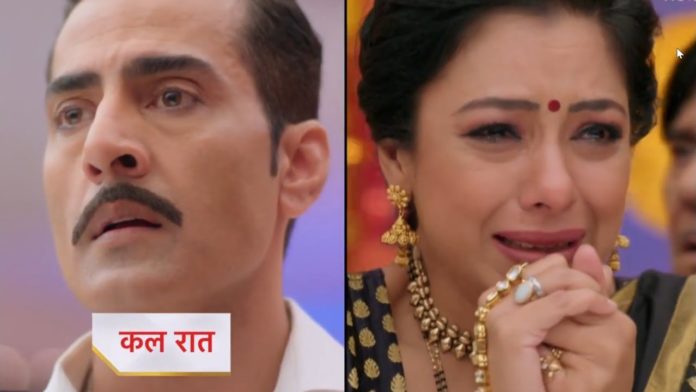 Once again, viewers are getting to see a new twist in Anupama. According to the latest episode, Pakhi and Kavya’s fight takes place on Vanraj’s birthday. Vanraj shouted at her in anger. Anupama explains Pakhi, but she disagrees.

On the 26th February 2021 episode, Vanraj asks Anupama about Pakhi. Kavya thinks talking to both of them, saying that Anupama did not tell Vanraj after listening to her. Everyone eats food outside. But Anupama and Vanraj are anxious about Pakhi. Rakhi asks Kavya when she is becoming a small aid. Hearing this, everyone starts to see her in anger.

Anupama goes to her room with food for Pakhi but does not find her in the room. There is only one letter in which it is written that she is leaving home and her mother and father both do not love. Hearing these things, all the families start crying. Everyone makes every effort to find Pakhi.

Anupama and Vanraj go out to find Pakhi, but Pakhi does not know anything. In the last episode, you saw that Anupama explains Pakhi, but she is outraged and goes away. Anupama tells Vanraj that she has been living with you for so many days, but you did not understand her even a little. Her age is like this, and she is still confused about relationships. Then Kavya says something, and Anupama silences her.
Anupama tells Pakhi that you are not too small to be explained to you again and again. You say anything to anyone in anger. You don’t see your mistake. She says that you spoiled your father’s party today. You have a problem with Kavya because she does not know how to cook like me. She says that you were also irritated because she does not know anything except to cook.