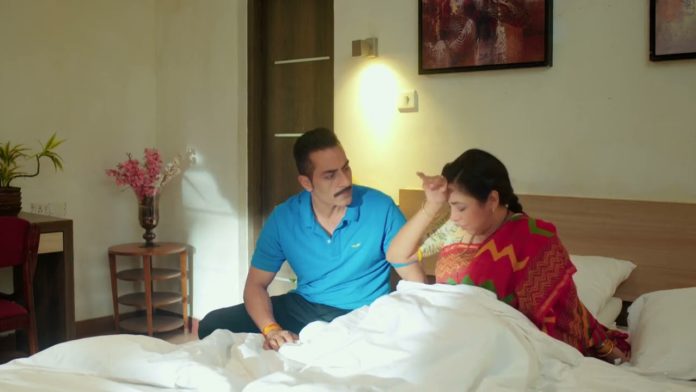 A new twist has come in the serial Anupama. Anupama, along with Paritosh, arrives at a resort to find Vanraj, where he meets doctor Advait Khanna. Advaita tells them where Vanraj is located. Anupama is quite angry when she meets Vanraj. Here Kavya seems very upset about Vanraj.

In Anupama episode aired on Monday 26th April 2021, it will be shown that Anupama is very angry with Vanraj. She says you only know how to run away, from your troubles, from your responsibilities. Vanraj refuses to return home, which further infuriates him. Anupama tells how upset everyone is because of her decision.

Anupama is adamant about taking Vanraj home, and because of this, there is a Tu-Tu-Main in both of them. Vanraj does not want to come home under any circumstances. Anupama is constantly trying to convince him, but he does not listen to her. Suddenly, Anupama falls unconscious and falls, and on seeing this, she becomes very nervous. After which, Paritosh and Vanraj take him to Doctor Advaita.

Vanraj asks Advaita what has happened to him. Advaita tells him that Anupama is full from the inside, and because of this, it happened. Advaita advises him to call the whole family here so that Anupama can recover quickly. After which, Vanraj agrees.

In the last episode, you saw that Anupama and Kavya sit and talk. Kavya asks Anupama to call the number from which Vanraj had called. Anupama tells her that the call is not going on that number. Anupama tells Kavya that Vanraj belongs only to her and she will never come between them. Kavya says, do not break my faith.

The Big Picture Registration Question 7: Here is the answer for seventh question of Ranveer’s Show!