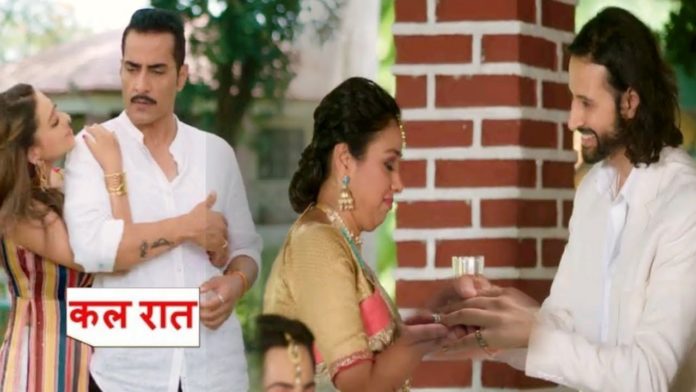 In the show ‘Anupama,’ Vanaraj once again appears in his old avatar. Vanraj doesn’t like Doctor Advait and Anupama’s growing friendship. Unknowingly, Vanaraj’s interview gets canceled because of Anupama. Due to which Vanraj gets very angry with Anupama. Today, Anupama will tell the whole family about her illness.

After getting divorced, Anupama is moving forward in her life and understanding her responsibilities. Meanwhile, Vanraj and Kavya are going to bring some trouble in their way. Anupa was making videos to promote the dance class. So, on the other hand, Vanraj is giving his interview. Vanraj is unable to give his interview due to the sound of the song. So let’s know what will happen in tonight’s episode.

Vanraj made serious allegations against Anupama
While arguing with Anupama, Vanraj crosses all his limits, and he accuses him of associating his name with Doctor Advaita. Upon hearing this, Anupama is very angry and tells Vanraj a lot. Anupama tells Vanraj that in real terms, a boy and a girl can be good friends. She tells Vanraj to try to be happy herself.

Kavya is happy about divorce
Kavya is pleased about Anirudh’s divorce. She tells Anupama that then she will marry Vanraj soon. Kavya tells Anupama that she will have to come to his wedding as his friend. After which, Anupama explains to Kavya and leaves.

Vanraj’s interview was spoiled
Vanraj gets a chance to get a job after a long time. For which their interview is decided. Anupama is unaware of this. Just like Vanraj sits in his interview. Anupama dances to make a video. The sound of the song causes trouble in Vanraj’s interview, and the interview is canceled. Angry about this, Vanraj goes to Anupama and tells her very well.

Anupama told everyone about her illness
Doctor Advaita tells Anupama about her surgery and says that she should also tell her family members. After which, Anupama goes to her family. During this time, Vanraj was going to court for his divorce from Kavya. Anupama reports her family and states that she has cancer. The whole family is shocked and saddened to hear this. Then Vanraj comes and hands over his and Kavya’s wedding cards in Anupama’s hands without listening to them. With which Anupama goes back to her home.