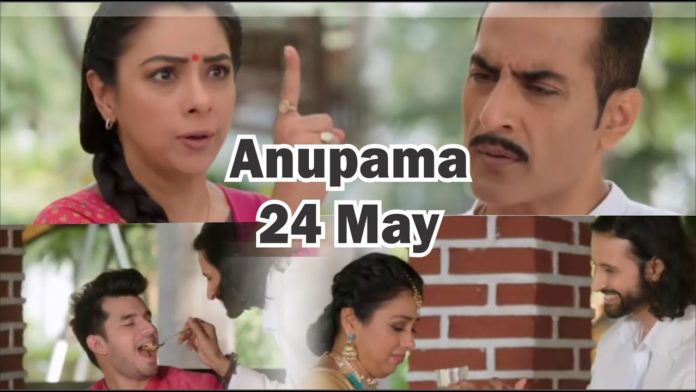 In the show ‘Anupama,’ the whole family is angry, knowing Nandni’s truth. On the other hand, Anupama has started taking dance classes once again. At the same time, Vanraj is not feeling any good after seeing the growing nuances between Doctor Advaita and Anupama. The whole family is unhappy knowing Nandani’s truth. On the other hand, Anupama is taking her dance class and planning how she will bill.

Once again, interesting twists have started in the TV show ‘Anupama.’ Another where Nandani’s truth is revealed, the whole family is unfortunate. On the other hand, Anupama has made her move towards her normal life. Vanraj is very angry after seeing Anupama with Doctor Advaita. At the same time, Kavya is weaving dreams of marriage. What will happen in today’s latest episode Anupama?

Nandani cannot become a mother. Knowing this, he is furious. Also, Bau, Vanraj, and Kavya blame Anupama for this. There is a lot of debate about Kavya and Sweety’s Anupama. After which, Bob says that everyone packs their own belongings and goes from here. At the same time, Vanraj gets very angry seeing Doctor Advaita and Anupama together. At the same time, Anupama gets very sad when the son’s engagement breaks.

Anupama, who is undergoing treatment, has started dancing once again. She has started taking her dance class at the resort itself. On seeing Anupama dancing, Doctor Advait praises her a lot. After that, Doctor Advaita offers him to teach dance to his patients too. With this, he will also give them a discount on the treatment expenses. After listening to which Nandni and Samar also tell them that they should take this class.

When Kavya talks to Nandni, who will get her luggage from Kavya’s room and Nandni does not talk to them. After which, Kavya narrates them with disdain. Nandni also picks up her luggage and walks over to Anupama. There Anupama is calculating how much her savings and salary are. That will not fulfill the expenses. Anupama also shares this with Nandani and Samar.

Vanraj is talking about his interview on the phone. Then Kavya comes to him and tells him that his divorce is going to happen soon. And then soon she will marry him. After which, Kavya tells that she will marry him at the resort itself. In which Doctor Advaita will help him. Kavya is very appreciative of Doctor Advaita during this period. Due to which Vanaraja gets very angry and narrates Kavya.