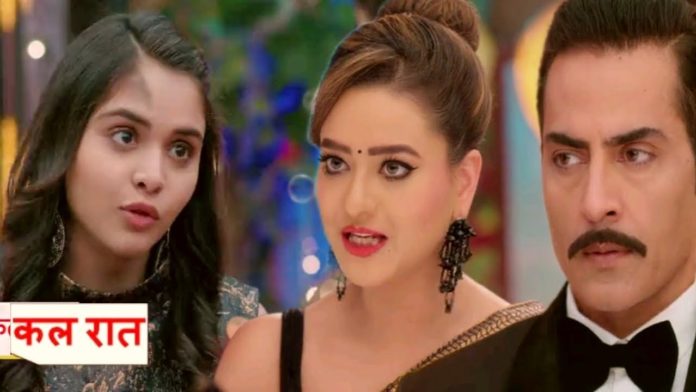 A big twist is seen in the serial ‘Anupama.’ According to the track released, Vanraj’s birthday is being celebrated, in which Kavya has been included besides the whole family. Pakhi is well aware of Kavya’s drama and wants him to stay away from Vanraj. But she silences Pakhi as a child. Kavya is feeling happy that now she will replace Anupama. At the same time, Anupama has managed herself.

But Pakhi knows very well what is the plan of Kavya. She decides to expose him. On the other hand, Kavya has decided to marry Vanraj. She decides to stay with Vanraj in their house with Anupama and Shah’s family after marriage. Will Anupama be ready to live under the same roof as Kavya? The upcoming episode is going to be really interesting.

You saw that Vanraj remembers that earlier Anupama used to give red roses on her birthday. Anupama then gives her white roses and says that there can be a different relationship than hate and love. We can start afresh. Vanraj keeps her rose and says that what you did was not easy.

Here everyone comes ready for the evening party. Anupama sees that the rose she gave to Vanraj, he has applied it to her coat. Before cutting the cake, Pakhi tells Vanraj to ask for a wish. When Vanraj closes his eyes, he sees Anupama, and seeing this; he too gets shocked.

Seeing the changed color of Kavya, Rakhi asks her the secret behind it. Kavya says that she has come here to ruin everyone, and she will drive everyone out of Vanraj’s life. She says that she has this objective, which she could not do outside; she can do it easily by staying inside. It will be interesting to see now whether Baa will allow Kavya to stay in Shah House.