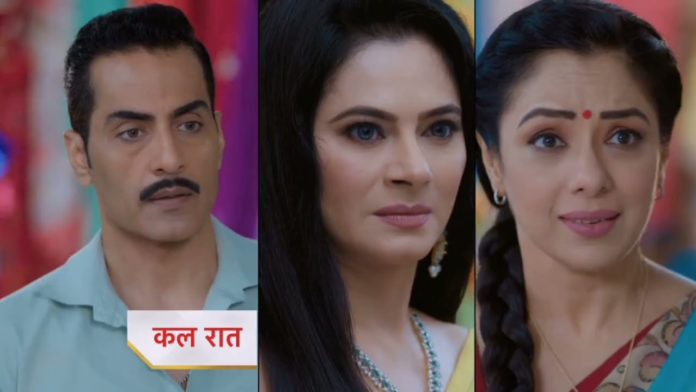 In the TV serial, Kavya has badly trapped Pakhi in her words. Day by day, the insolence of Pakhi is increasing. In the last episode of Anupama, Samar runs after Pakhi to convince her, and Vanraj is afraid that he might raise his hand on Pakhi. There is going to be a lot of uproar in Anupama’s upcoming episode. Pakhi will deliberately act in front of Toshu that Samar has raised his hand on her.

After this, a scuffle will also start between Toshu and Samar. On the other hand, as soon as Vanraj realizes that another cafe has opened in the street, he will be blown away.

Vanraj will decide that he will promote his cafe and go out and give the pamphlet of his cafe to the people coming and going on the street. Rakhi will see Dave Vanraj doing this, and after that, she will tear him apart a lot. Rakhi Dave angrily will reach Shah House for a spectacle. There will be a lot of arguments between Vanraj and Rakhi. Then Vanraj will tell Rakhi Dave that his coaching boards are also on the road.

Rakhi will be furious, and she will call him a beggar in front of the whole family. Paritosh will decide that he will die only after leaving this house in the midst of this drama. Paritosh will pressurize Kinjal to reconsider leaving the Shah House.

Will Anupama throw Kavya and Vanraj out of the house?
According to the precap of Anupama’s upcoming episode, there will be another fight between Anupama and Kavya in the coming days. Kavya will say that she has a problem that Anupama also lives with her. At the same time, she will also say that she does not like Vanraj and Anupama working together. Anupama angrily asks Kavya and Vanraj to leave both the house and the cafe.