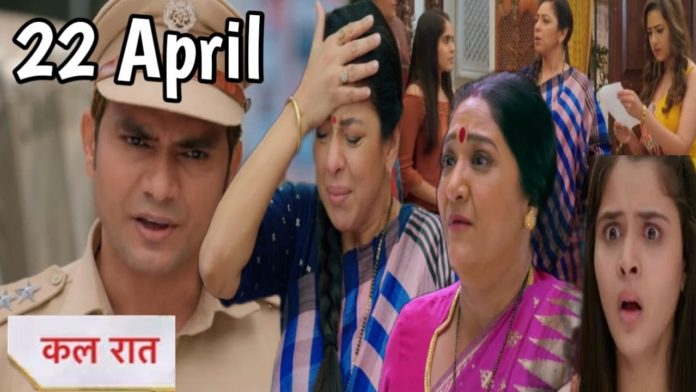 Serial Anupama has come to an exciting turn these days. The suspense remains in the fans regarding Anupama and Vanraj’s divorce. Now viewers are getting to see a new twist in the show. Due to the curfew, the court was closed, and the divorce date of both of them also went ahead. But Vanaraja disappeared even before knowing this.

In the Anupama episode aired on 22nd April 2021, it will be shown that Vanraj leaves the house. He keeps a letter which Anupama gets upset after reading. It is written in the letter that he wants to be alone for a few days and he cannot see tears in the eyes of the family members. Vanraj has written in the letter that he has to find the answer to his questions and only after that will he come back.

Here, Vanraj is not even taking Kavya’s phone and blocks his number. Because of this, she decides to go to Anupama’s house to meet Vanraj. On reaching home, Kavya learns about Vanraj. Hearing this, she starts crying and accuses Anupama of leaving her house.

Kavya becomes more upset by reading Vanraj’s letter. Here Dolly also tells him a lot of goodness. In the last episode, you saw that Dolly tries to convince Kavya and tells her clearly that she should get out of her brother and sister-in-law’s life.

Kavya obeys Dolly’s words and, in front of her, opts for marriage, which makes Dolly angry. Here Nandini calls Samar and tells that Dolly Bua has come here, but the phone picks up Anupama and is shocked to hear this. Seeing Kavya being insolent with Dolly, Anupama flares up at Kavya and tells her that she can never become a good daughter-in-law or good sister-in-law.