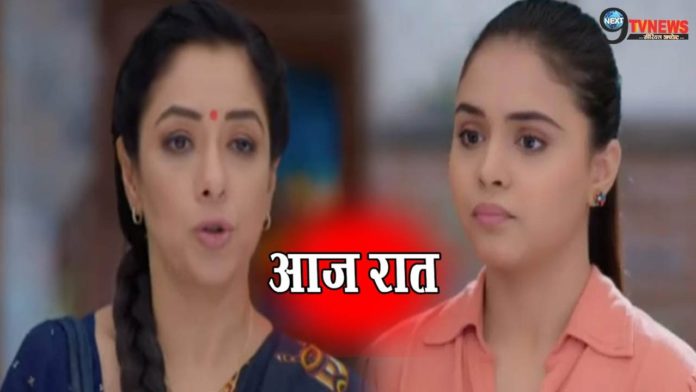 The upcoming episode of the TV serial ‘Anupama’ is going to be quite a bang. In the last episode, Anupama won everyone’s heart. Saving the shame of Vanraj’s cafe, Anupama showed that she has a solution for every problem.

Kavya is watching the whole spectacle sitting hand in hand, but soon she will start setting fire between Vanraj and Anupama. In the last episode, it was shown that Vanraj befriends Anupama and jokes with her a lot, but soon this friendship will also break. Something is going to happen in Anupama’s upcoming Episode that Anupama herself will be left unsure.

Soon Pakhi’s friends will come home. During this, Pakhi will introduce all her friends to Kavya and tell them that she can practice dance. Hearing all this, Anupama standing nearby will get very upset, but somehow, she will hide her emotions.

Kavya will order a lot of food for Pakhi’s friends from Vanraj’s cafe itself. Pakhi’s friends will not eat all the food, and after they leave, Anupama will get angry with Pakhi only. Anupama will ask Pakhi what to do after all this food is wasted. Pakhi will give a befitting reply to Anupama and will say that others will eat this food.

Anupama will be shocked to hear Pakhi’s reply and ask her if Baa and Bapuji will eat leftover food. On answering this question, Pakhi will say that throw away all the food. Will Anupama’s blood boil just after hearing this? Anupama will give Pakhi some money in her hand and matches in the other hand.

Anupama will ask Pakhi to set this money on fire. After this, there will be a lot of spectacle in Shah House. Kavya will tell Anupama that she will give all the money for the wasted food to Vanraj. Then Anupama will taunt Vanraj a lot. There will be more spectacle in Anupama in the coming days.

Anupama 30th July 2021 Written Update: Vanraj and Anupama will repay the loan of 20 lakhs with the help of Rakhi Dave

Anupama 29th July 2021 Written Update: Anupama and Vanraj will have to repay a loan of 20 lakhs