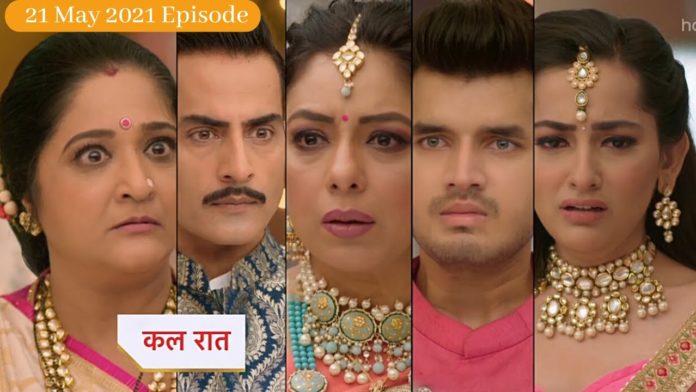 During the engagement of Samar and Nandani in the Anupama show, the entire party is spoiled by Nandni’s truth. Knowing Nandani’s truth, both Bo and Vanraj tell Anupama a good deal of trouble. Summer and Nandani are getting engaged in the TV show ‘Anupama.’ Then a secret involving Nandani comes to the fore. After which, there is a ruckus in the house about the engagement. Know whether there will be no engagement of Samar-Nandni.

Delhi. Samar and Nandani’s engagement will be shown in today’s latest episode of the TV show Anupama. In which, along with Anupama and Bau, the whole family dances and jumps openly. Meanwhile, Nandni feels that she should tell the truth to the family. Nandni tells Anupama the truth about herself. Because of which there is a lot of uproars. Let us tell you what will happen next.

While the whole family is immersed in the joy of engagement, on the other hand, Nandini is quite upset. She repeatedly tells Samar that she should tell this thing related to her to Anupama. But Samar refuses her that his mother is pleased with the moment. Also, her health is bad, so she should not have told this thing right now.

Nandini told Anupama the truth
Anupama looks at Nandini unhappily and asks why she is so unhappy? Seeing this, Nandini takes Anupama out and tells her the truth. Nandini tells Anupama that she can never be a mother. Anupama is shocked to hear this. Nandini says that she and her mother had a huge incident when she was in the US. She had an accident while driving. HSh suffered a lot of injuries in the accident as well as in the stomach. Due to which doctors underwent her for surgery, she can no longer be a mother.

Baa listens to what happened between Anupama and Nandani. After which, she goes to Samar and tells him very well. Baa says that Anupama kept Nandini’s truth from the whole family. She tells everyone that Nandini cannot become a mother. After hearing this, the whole family gets shocked and upset. At the same time, Bau says that Anupama hid this from her. After which, Vanraj gets angry and starts cursing Anupama.