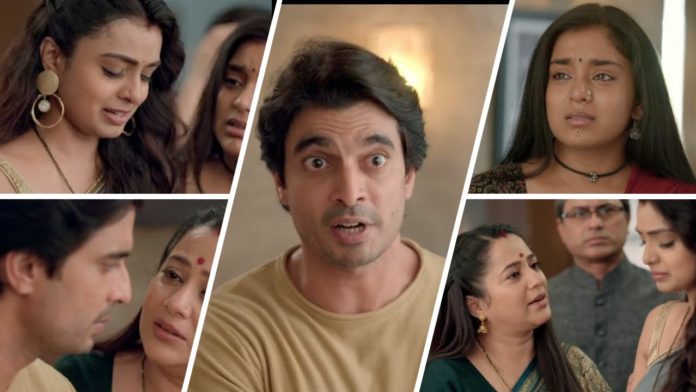 On yesterday’s episode, Anupama comes to everyone and says that she has seen the bride running away from the wedding but this human escaped from her divorce. Kavya puts all its blame on Anupama. She says that Anupama has sent Vanraj somewhere so that we cannot get married. Dolly tells Kavya that he is very upset with her and does not want to get married. That’s why he has gone somewhere.

In serial Anupama, one after the other, the fans are surprised. Two days left for Anupama and Vanraj’s divorce. Kavya is pleased that she will take her place in Shah House soon after the divorce of both of them, while the family is very upset about this. Kavya is not leaving any chance to humiliate Anupama again and again.

You saw that Dolly tries to convince Kavya and tells her clearly that she should get out of her brother and sister-in-law’s life. Both have a relationship of 25 years which cannot be broken in one stroke. But Kavya observes his words, and in front of her, she chooses the wedding, which makes Dolly angry. Here Nandini calls Samar and tells that Dolly Bua has come here, but the phone picks up Anupama and is shocked to hear this.

A big twist is set to come in the upcoming episodes. You will see that Vanraj gets nervous thinking about the decision of divorce and runs away from home. He goes by leaving a letter in the name of Anupama. When Anupama arrives to wake her up in the morning, Vanaraj is a bit upset when she does not find him in the room. Suddenly, his gaze goes on the letter sticking to the glass, which he is shocked to read. It says that he cannot bear the pressure of divorce; in such a situation, he is leaving the house.

According to the news of the Bollywood bubble, soon the police are going to give a squad at Shah House. She comes and tells Anupama that she has found a dead body, which they will have to identify. The whole family gets shocked. Will this body really belongs to Oneraj, or is there a twist in it? It will be known only in the coming episodes.