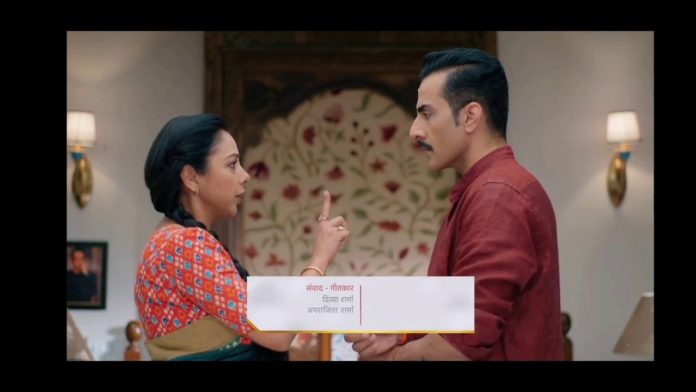 In the upcoming episodes, it will be shown that Anupama tells Vanraj that their relationship is over now. After the Extend, I took care of you for the sake of Babuji, Babuji, and children, and I will keep you going till you get well. In response, Vanraj says that now I want to be with you and my family, I do not want to go away from you.

Anupama says that when you love Kavya, then why are you doing all these things. First, you broke my heart, and now Kavya’s heart is breaking. You have to go back, Vanraj says, don’t do this. After which, Anupama says that you can apologize as much as I apologize.

Ba says that Vanraj has got his punishment done and tells Ba that I should not talk about it. Here Anupama says to Samar that she will have to talk clearly about this. Right there, Pakhi asks Vanraj to go for a picnic. Anupama says that I have refused for this.

In the last episode, you saw that Kinjal’s mother, Rakhi, brings a new washing machine to Anupama’s house. By doing this, she wants to humiliate Vanraj. Rakhi and Vanraj argue about the washing machine. Kavya keeps listening to all these things. Vanraj tells Rakhi that Anupama’s husband is still alive and can get her whatever she wants.