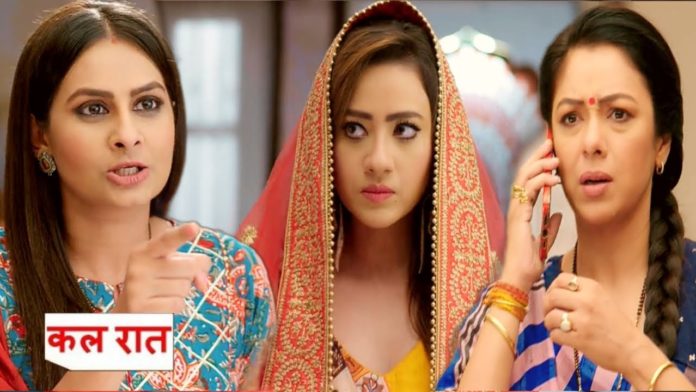 Serial Anupama is going to have a big twist. Vanraj has left home for fear of divorce. Anupama gets Vanraj’s letter, and she remains shocked. In yesterday’s episode, Anupama finds a letter written in Vanraj’s room. He finds out that Vanraj has left the house. On the other hand, Anupama reaches there to stop Kavya and Dolly’s fight.

Television’s superhit show Anupama remains the favorite serial of viewers. Anupama asks Dolly if she has left Ba and Bapuji safe at the station. She says that she has sent both of them properly. Kavya tells Meena that Anupama is going to her mother’s house forever. Dolly and Anupama become emotional and ask Kavya to leave from there.

Dolly prays to God for Anupama and Vanraj to stay together. Pakhi learns about the curfew. She tells Summer that the divorce will stop now because the court is closed. Summer is not happy to hear this. Kavya brings a man to ask him to change his address. She tells Anupama that as soon as she enters Shah House, the interior will change there. Especially the entire look of the kitchen will change.

Anupama’s advice to Kavya
Anupama tells Kavya that she should make room in Shah’s heart before changing the house’s interior. Kavya taunts Anupama. But she asks him for coffee. Kavya says that this is the last time she will definitely want to drink her hand coffee.

Battle of Kavya and Dolly
Pakhi tells Dolly about the curfew and asks them for help. She says that somehow Vanraj should realize that he should not divorce Anupama. Dolly says that she will talk to Kavya. Dolly requests Kavya to get away from Anupama and Vanraj’s life. The debate of both starts. After seeing this, Nandini calls Samar. But her phone picks up Anupama, and she remains shocked.