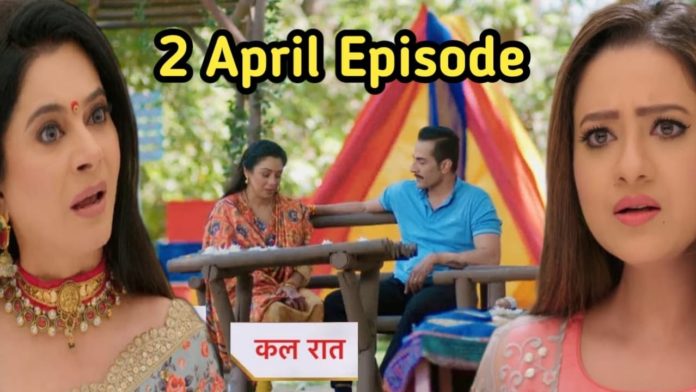 The show Anupama has become quite interesting these days. Anupama and Vanraj are going to get divorced in three days. This tells both the families, but no one pays attention to their words. Here Pakhi and the whole family send him on a picnic, and Kavya gets very angry.

On the 2nd of April, Anupama’s episode, it will be shown that Rakhi Dave thinks about what will happen to Kinjal if Kavya goes to that house as a daughter-in-law. Anupama loves her daughter very much. Therefore, he will have to stop this divorce. Here, when Vanraj tells Kavya about a picnic, he becomes enraged.

Baa tells Rakhi that the whole family is going on a picnic, and they have made a plan to stop Anupama and Vanraj’s divorce. Vanraj praises Anupama for wearing a salwar suit. Baa sends both of them on a picnic by bike and says that they will all come from the car from behind. Kavya gets very angry after seeing both of them together.

On the way, Anupama and Vanraj keep talking, and here Kavya calls Vanraj. But Vanraj’s phone keeps a pakhi, and Kavya does not know about this. Kavya says that she knows that this picnic plan has been made to stop the divorce. The upcoming episode is going to be a lot of fun. Now it will have to be seen what new trick Kavya plays.

In the last episode, you saw that Anupama regains consciousness on the second day and apologizes to Ba. Pakhi says that we are not angry with you because you spoke your heart. Pakhi tells Vanraj that there is some program happening in the school, in which the family can also go along, then you also go together. And the whole family thinks that by sending them to roam, they can stop the divorce.